This is Kennedy with her friend Zach. He influenced her to join T-ball this year and even though I think baseball is THE most BORING sport invented, I decided to let her try it out. 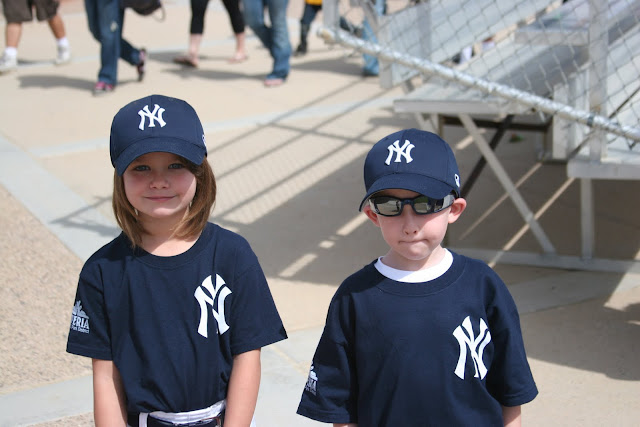 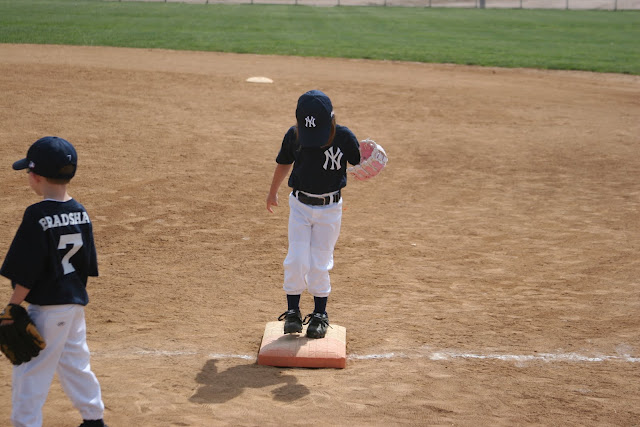 I almost captured the look of fear on her face as she attempted to catch the ball. (During warm ups and the game there was one kid who actually caught the ball.) 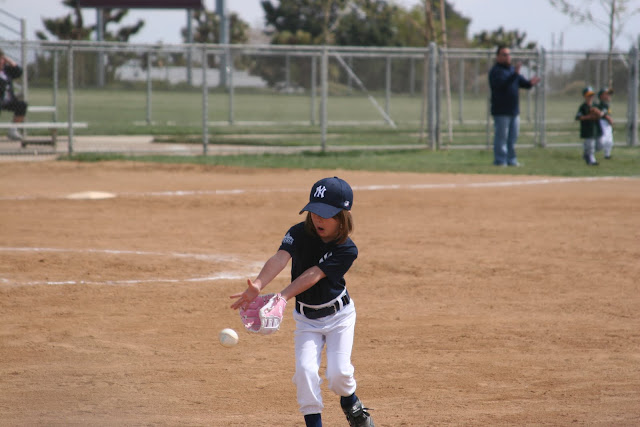 She was all embarrassed when they called her name. 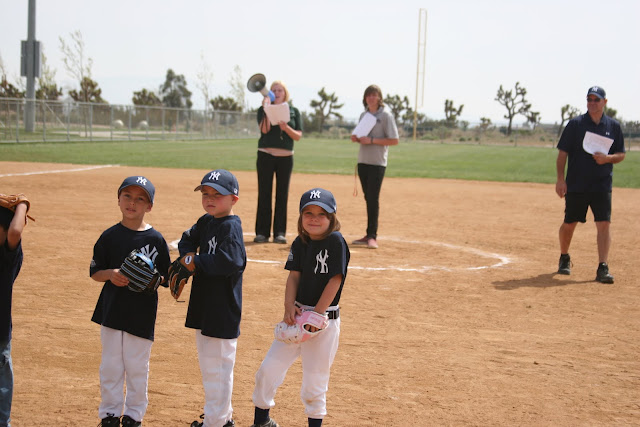 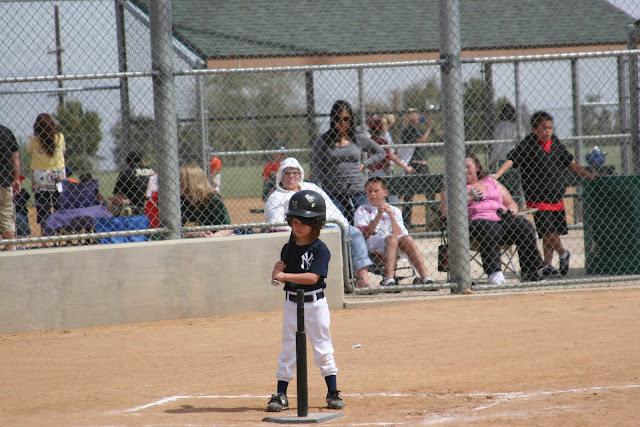 She knocked the tee over every time. 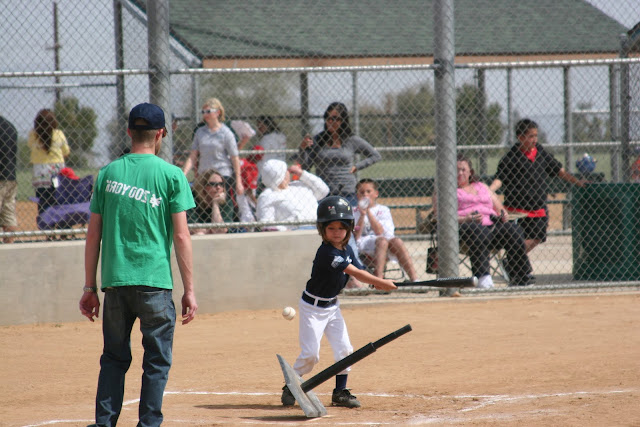 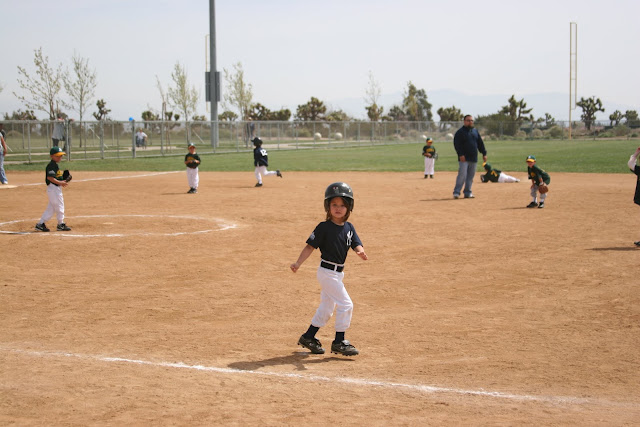 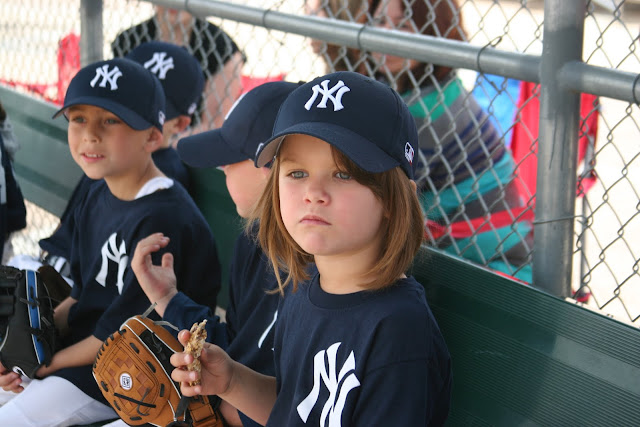 And this reminds me of my little brother. During his soccer games he would dig holes in front of the goal. He explained later that, "the ball would fall into the hole" and therefore the other team would stop winning. 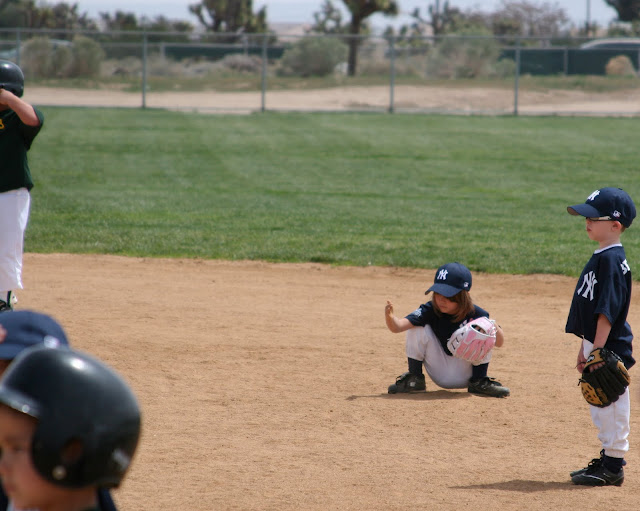 Kennedy asked later, "what happens if I dig a hole too deep? Will I find a scorpion?" 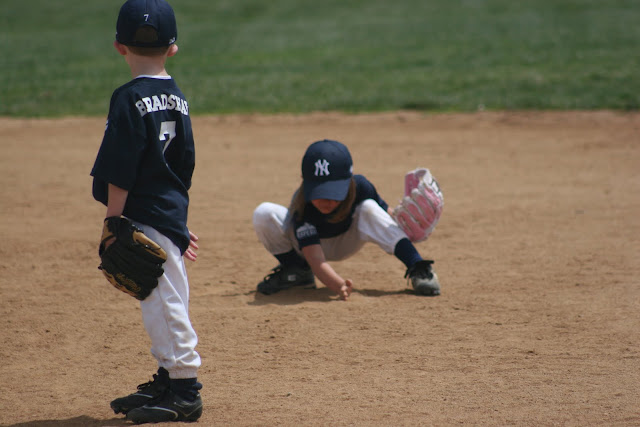 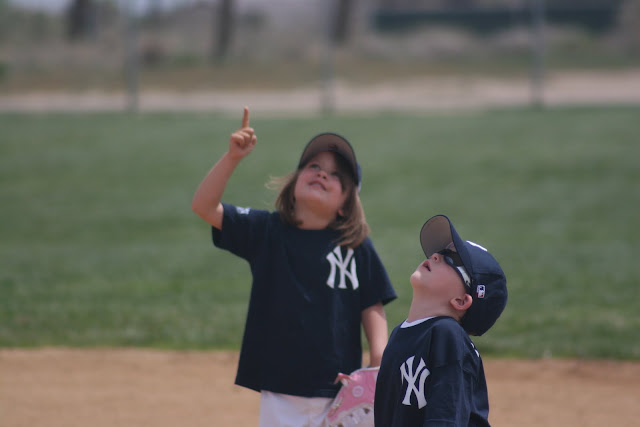 When it was all over all she could remember was a the free hotdog and digging for bugs. But she certainly looks cute with her pink glove and little baseball uniform;)
Posted by Pollock Palooza at 9:24 AM

What a cute post! I love the pink glove, the Yankees uniform & she has the best hair on the field :)

Could she be any cuter!? She reminds me of my Susie when she was Kennedy's age.
LOVE the pink glove:-)

Wait a minute - I don't remember that Benjamin story! But I do remember him having a pink glove too ;)

haha thats so funny! I think her pink glove is adorable! Is she the only girl on the team?