The start of an 8 mile round trip hike with 2 of the girls who wanted a little something more than a stroll through the woods. Justin forgot to tell us the LAST mile was STRAIGHT UP! 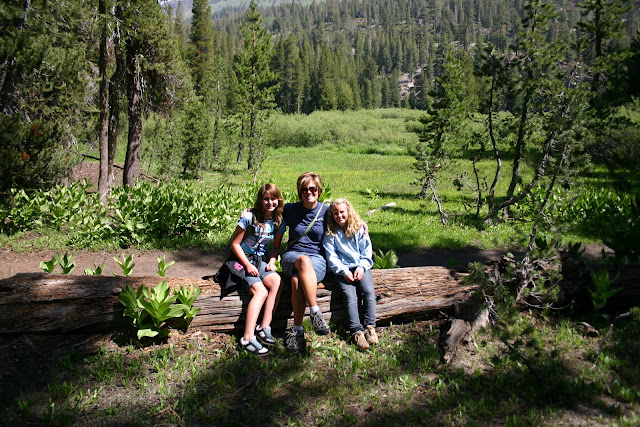 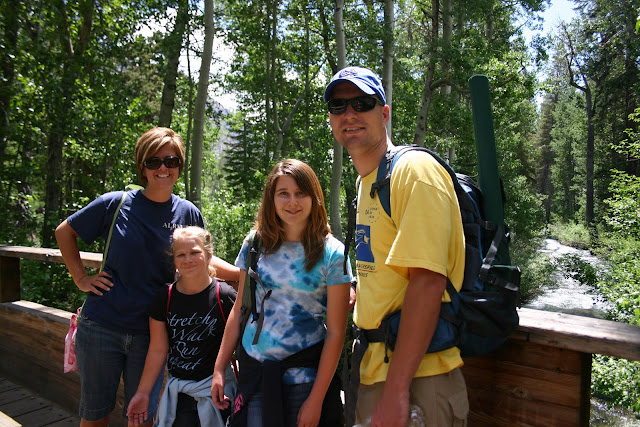 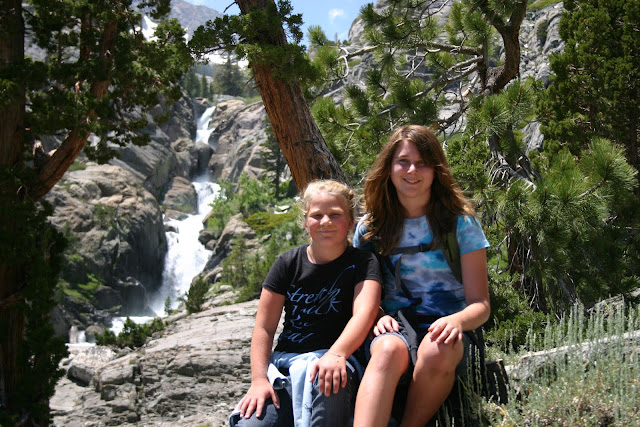 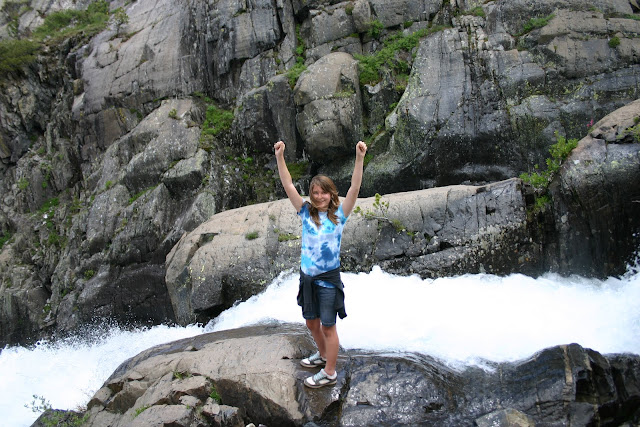 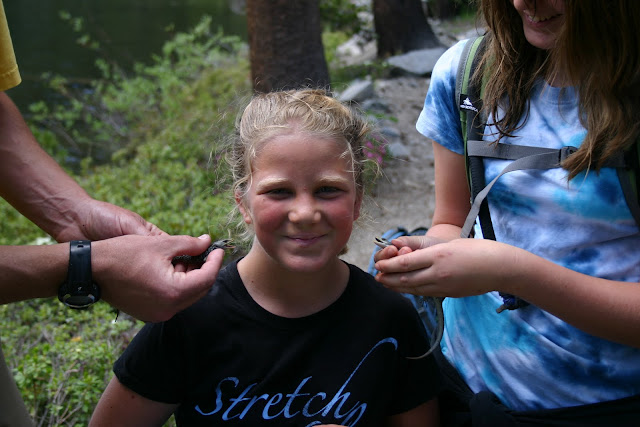 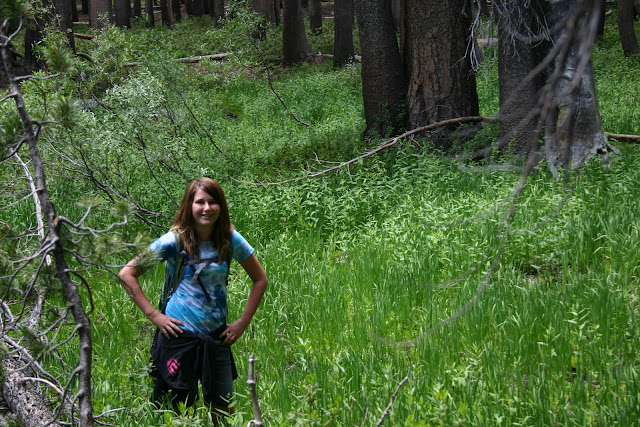 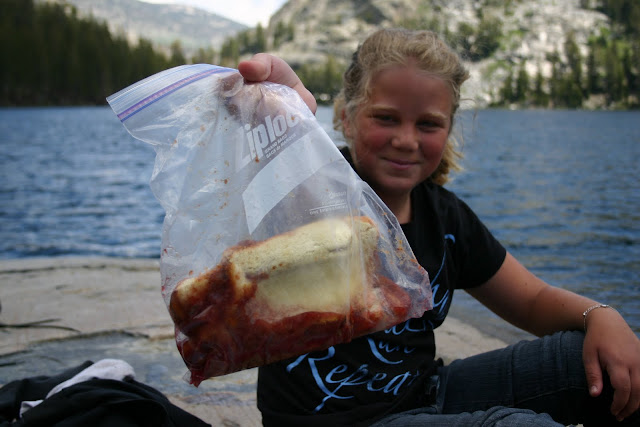 Justin promised these 2 ice cream if they got in up to their shoulders in the freezing cold lake. (we were up at least 9,000 feet) Teenagers will do just about anything for ice cream apparently! 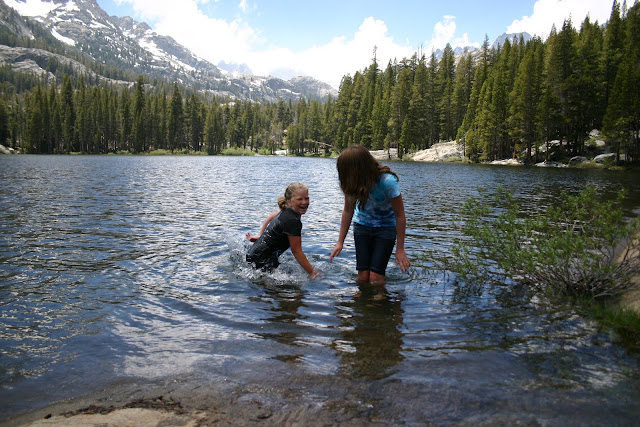 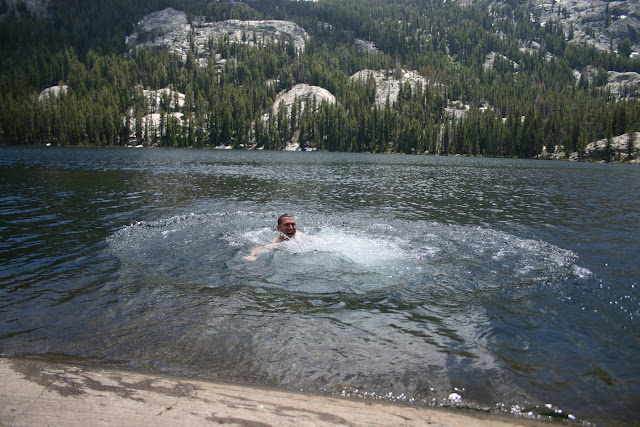 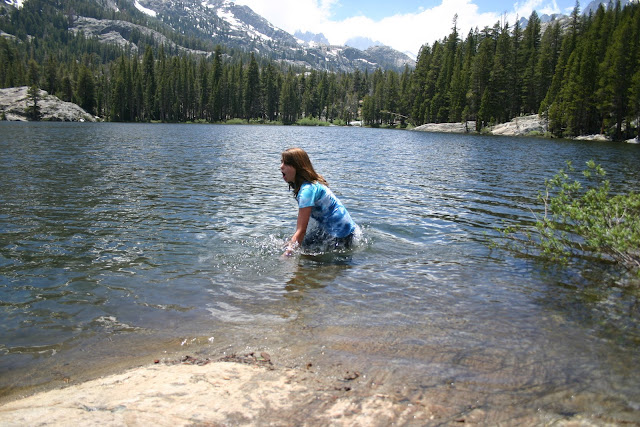 But the rock was warm. 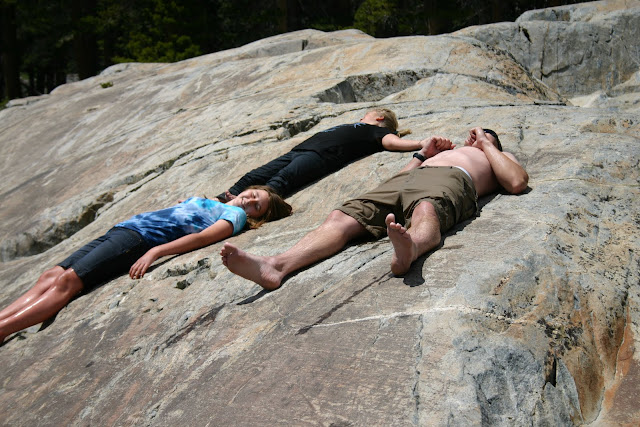 I couldn't let the girls AND Justin show me up. (No never mind I had to get in like 3 TIMES to get a pic of it!) 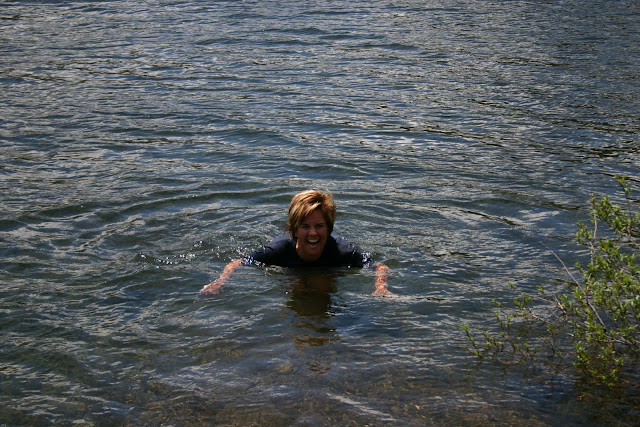 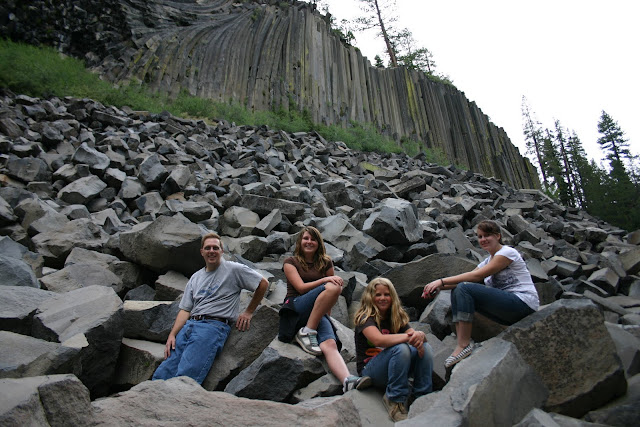 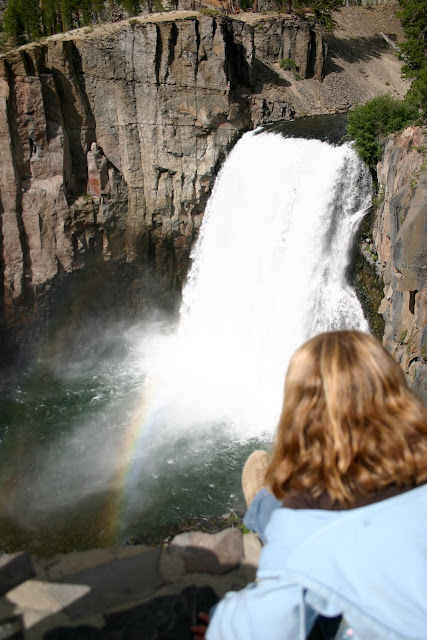 All the girls. Such a great group. Not one complaint the whole trip. Except the part where I fixed my hair (blow dried it) the first day. There are only a few electrical outlets where we were tent camping. The girls didn't know where they were and I wouldn't tell them until we were getting ready for this outing into "town". The beauty of tent camping for girls camp... every girl was welcomed to bring their cell phone, but there was no reception or power, HA! And there was no "lights out", but they had to bring their own lights, ha HA!!! So entertaining. 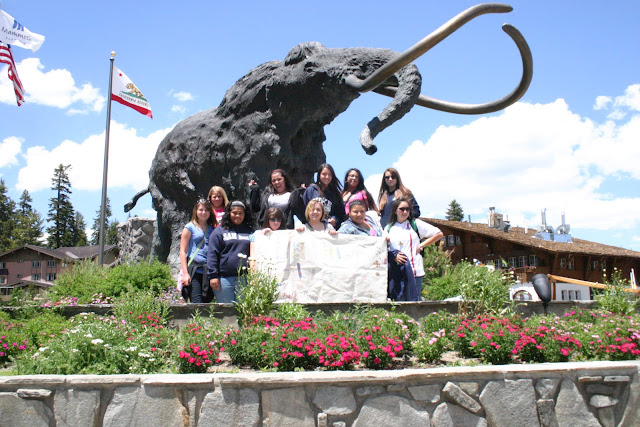 Gondola ride up to the top of Mammoth Mountain. 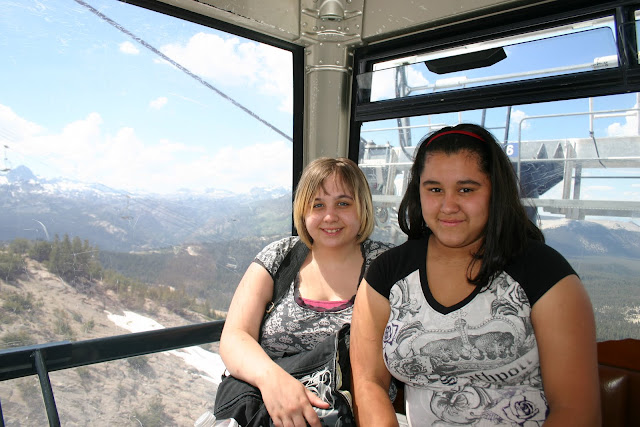 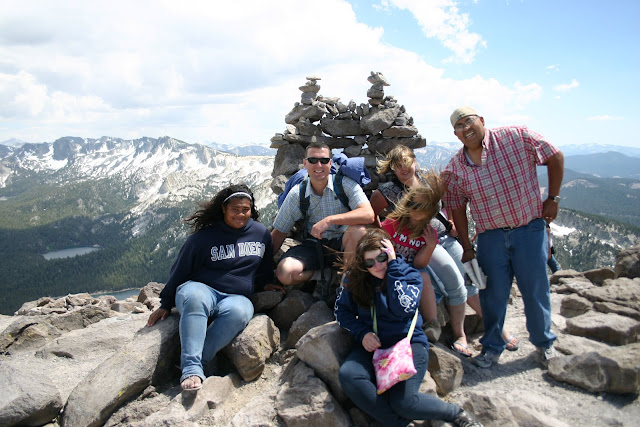 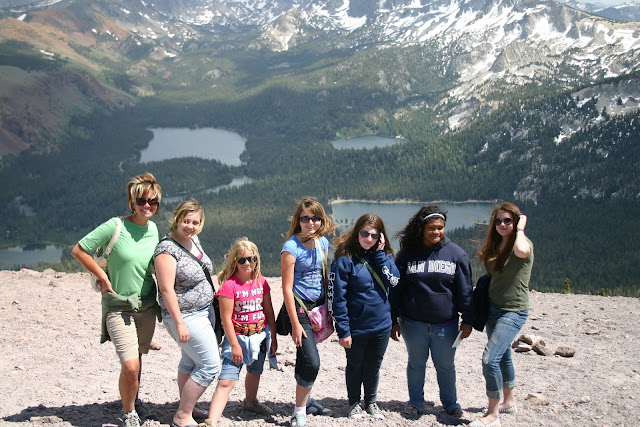 A few of our adventures. 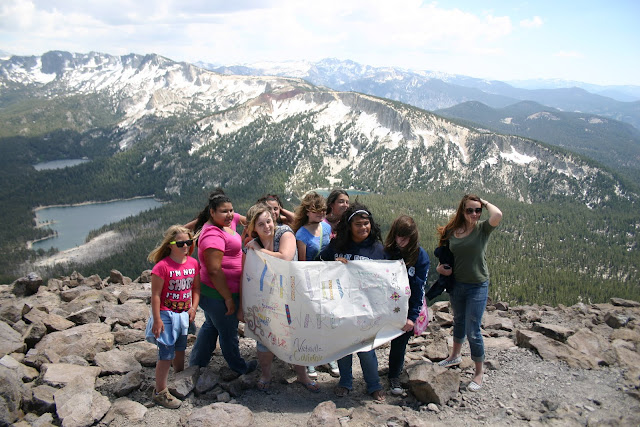 Posted by Pollock Palooza at 6:18 AM

Is that snow in the background or just the rocks in the mountains? We were up around 5,000+ ft (about Shaver Lake elevation) & it was still cold morning & night. Good thing we got sweatshirt hoodies for our camp shirts! Looks like so much FUN!!!

Thanks for taking photos - all of the beauty, none of the work.

That is one nice fishing pole!